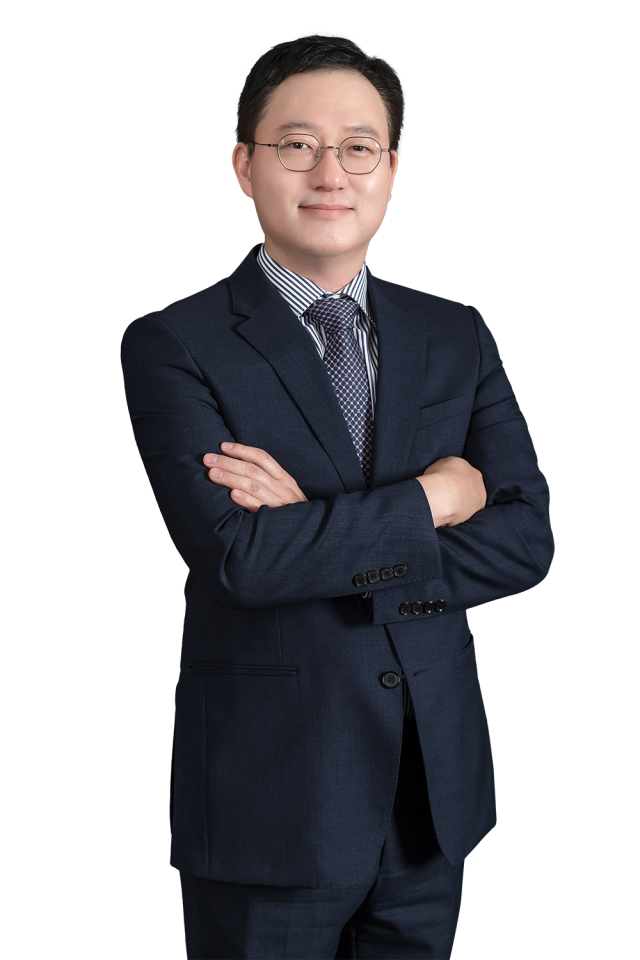 Revisions to Korean Patent Act in effect from April 2022

Introduction On September 29, 2021, a bill to revise the Korean Patent Act was passed at the National Assembly. The revisions were promulgated on October 19, 2021 and will go into effect from April 20, 2022. The Korean IP office (KIPO) announced that the purposes of the revisions are to help remedy applicant mistakes and expand opportunities to acquire IP rights. The revisions meaningful to foreign applicants include: 1) extending the period for requesting trial or re-examination in response to a final rejection; 2) enabling re-examination to be requested along with an amendment to the claims after allowance; 3) introducing a “split application” so that if an appeal from a final rejection is dismissed by the IP Trial & Appeal Board, the non-rejected subject matter can be split off from the rejected application; and 4) easing of the requirements for re-establishment of patent applications and patent rights on a reasonable basis in order to expand the remedies of patent applicants and patent holders. These will be discussed in turn below. 1. Extension of response period following final rejection In response to a final rejection, an applicant may request re-examination along with an amendment (for further consideration by the KIPO examiner), or instead may directly appeal to the IP Trial & Appeal Board (IPTAB) without making an amendment. Under the current provisions of the Patent Act, following a final rejection the applicant is given thirty days to respond. Within this thirty-day period, the applicant has to determine whether the rejection is reasonable and how to amend the claims. However, this is often not long enough to carry out the required work. The revised Patent Act will extend the response period from 30 days to 3 months. A maximum extension of sixty days will still be available per the current Patent Act. 2. Re-examination after allowance Under the revised Patent Act, it will be possible to request re-examination and amend the allowed claims even after receiving a Notice of Allowance. For example, any errors in the allowed claims may be corrected. Under the current Patent Act, some procedures do exist which enable an applicant or patentee to amend the allowed claims, for example a trial for correction. However, re-examination after allowance is more advantageous compared to other existing procedures in view of time and cost. The allowed scope of amendment in re-examination is limited to narrowing the claims by canceling a claim or adding a limitation to a claim, correcting a clerical error, or clarifying an ambiguous description. 3. Split applications Under the current Patent Act, for first final rejections, the easiest way to secure the unrejected or allowable claims is to request re-examination while canceling the rejected claims. If an applicant still wishes to pursue the rejected claims, then an applicant may file a divisional application with the canceled claims. For second final rejections, however, the applicant has to proceed with an appeal. If the appeal succeeds, it is possible to retain the subject matter in a single patent, which may be advantageous in terms of administration and management. However, if the appeal fails, the application is rejected as a whole. At this stage, it is not possible to file a divisional application, and there are no procedures to secure the unrejected claims. The revised Patent Act introduces a ‘split application’. A split application is a unique application that can be filed only when an appeal against a final rejection is dismissed. The subject matter that is not rejected in the final rejection can be claimed in a split application. Split applications may be filed within thirty days of receiving the trial decision. 4. Easing of requirements for re-establishment of rights The Patent Act provides for re-establishment of rights that have been invalidated, or deemed withdrawn or abandoned, due to a failure to observe a time limit set forth by law. These provisions are applied when the time limit was unable to be observed due to a cause “not attributable” to an applicant or patentee. For example, a breakdown of communication resulting from a natural disaster may be a cause deemed not attributable to the applicant. In this case, the applicant is given an opportunity to take action to re-establish their rights. The re-establishment actions should be taken within two months after the cause of the failure has terminated. However, under the current Patent Act, the requirements of acts deemed “not attributable to an applicant or patentee” are too strict, and have rarely been applied in practice. The revised Patent Act eases the requirement to “a justifiable cause.” For example, assume that an applicant has been hospitalized for a long time due to a serious disease. Under the current law, such hospitalization may be deemed attributable to the applicant, and so it is not possible to apply for re-establishment of rights based on this cause. In the KIPO press release regarding the revised Patent Act, hospitalization was exemplified as a justifiable cause.

Since the introduction of the US-Korea PPH pilot in 2008, we have received various and wide-ranging questions regarding PPH implementation, including requirements, procedures, costs, and eligibility for using the PPH. Korea participates in the Global PPH pilot, IP5 PPH pilot, and also has a number of separate bilateral agreements with IP offices in other jurisdictions. Most recently, programs based on bilateral agreements with the EAPO (Eurasian Patent Office), IP Viet Nam (Vietnam) and the SAIP (Saudi Arabia) were launched in 2019. Korea presently receives the fourth largest amount of PPH requests as an Office of Later Examination (OLE), following the US, China and Japan. We have prepared the following FAQs in order to assist foreign clients in considering whether to use the PPH in Korea. (1) At what stage in the prosecution procedure may PPH prosecution be requested? PPH prosecution may be requested at the time of, or after requesting examination, and prior to receiving a first office action. (2) Is it permissible to submit amended claims when filing a PPH request? Yes. (3) Is it permissible to submit amended claims after filing a PPH request? If so, when is the deadline for submitting such amendment? Yes. Amended claims may be submitted before receiving a first office action. In addition, if the first office action is a Preliminary Rejection, the claims may be amended when responding to the Preliminary Rejection. (4) Are there any other amendments that should be made when filing a PPH request? If claims allowed in the Office of Earlier Examination (OEE) do not satisfy Korean description requirements, such claims would need to be amended accordingly. (5) Is it possible to file a PPH request in Korea based on an examination result from an office other than the Office of First Filing (OFF)? For example, is it possible to file a PPH request in Korea in the following situation? Yes, this is possible according to the IP5 PPH and Global PPH programs launched on January 6, 2014 For example, if you file a US priority-based PCT application and enter the national phase in Korea and Japan, should the application be accepted in Japan, you could file a PPH request in Korea based on the OEE Japanese examination result.  (6) The applicant has two or more allowed applications. Which application is preferred to be used as the basis for filing a PPH request in Korea? Generally, examiners in Korea hold EPO, Japanese, and US examination results in equal regard. Thus, if there are two or more allowed applications from these jurisdictions, any may be relied upon as the PPH request filing basis. In the past, it was believed that the grant rate for PPH requests based on a corresponding JP or EP application was slightly higher than that for a US corresponding application, but this no longer appears to be the case. (7) Please list the pros and cons of using the PPH. Pros:  1. PPH applications are examined earlier than non-PPH applications. Thus, you are able to obtain a patent quickly. 2. The grant rate for PPH applications is higher than that for non-PPH applications. 3. The average number of preliminary rejections for PPH applications is lower than that for non-PPH applications. Thus, you are able to save on office action response costs. Cons: 1. In order to file a PPH request, the KR claims must be the same as the claims accepted by the OEE. When a PPH application is accepted directly without an office action being issued, we lose the opportunity to amend the KR claims to be broader than the claims accepted by the OEE. 2. Since PPH applications are examined earlier than non-PPH applications, the period for amending the claims based on any market changes or changes in technology is shortened. 3. Additional fees are incurred to file a PPH request. (8) Are there any official fees for filing a PPH request? If so, how much are they? Yes. The official fee is ₩200,000 KRW (Approx. $166.70 USD). [Exchange rate: $1 USD = ₩1,200 KRW] (9) Are PPH applications examined earlier than non-PPH applications? Yes. (10) In the case of early examination of a PPH application, when is the first office action issued?  The first office action is issued, on average, within 2.5 months from the date the PPH request is filed. [*] (11) How common is it for the first action in a PPH application to be a Notice of Allowance? According to recent data, a Notice of Allowance is issued as first action in 21.1% of PPH applications. [*] (12) How long does it take to receive a final decision after filing a PPH request? According to recent data, the average time for a final decision to be issued is 6.2 months. (13) What must be submitted to participate in the PPH? (a) Copy of the claims that are determined to be patentable in the Office of Earlier Examination (OEE), with Korean translation (b) Copies of all office actions from the OEE, with Korean translation (d) Copies of references cited by the OEE examiner (d) Claims correspondence table. It is not necessary to submit items (a) and (b) when the documents are available via the Dossier Access System (DAS) of the OEE. (14) Do you have any other statistics which show advantages of using the PPH January 2019 – June 2019 [*] PPH PPH & non-PPH (a) Grant Rate [%] 80.8 66.7 (b) First Action Allowance Rate [%] 21.1 5.8 (c) Average Pendency from PPH Request to First Office Action [months] 2.5 11.1 (d) Average Pendency from PPH Request to Final Decision [months] 6.2 15.7 (e) Average Number of Office Actions 0.82 1.05 [*] Source: Patent Prosecution Highway Portal Site (https://www.jpo.go.jp/e/toppage/pph-portal/statistics.html), Accessed January 06, 2020       Written by Jeong-seok LEE