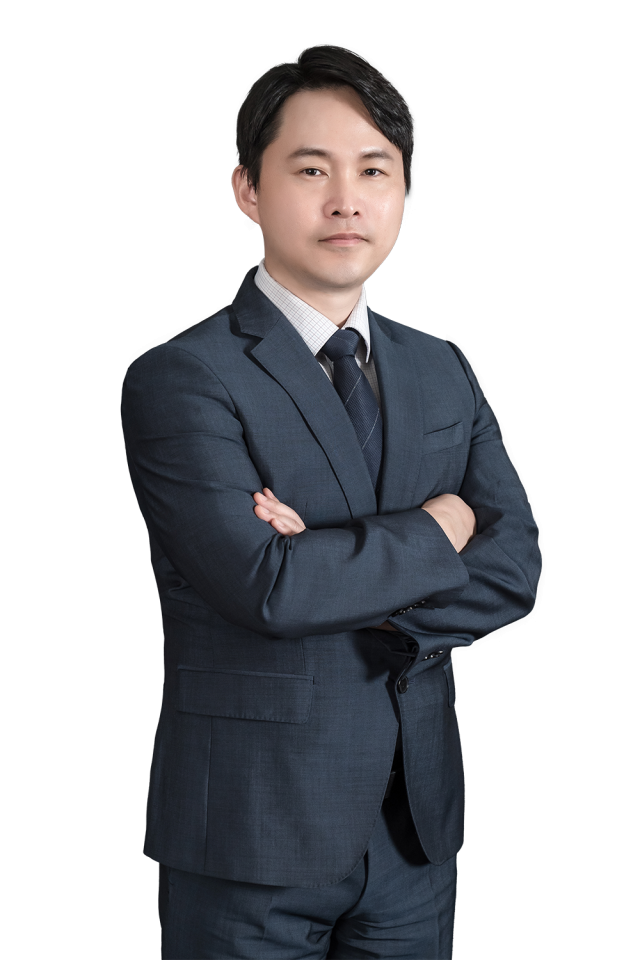 If a later-filed application for a trademark (hereafter “junior mark”) which is substantially similar to a prior-registered trademark (hereafter “senior mark”) achieves registration, does use of this junior mark constitute infringement of the trademark rights in the senior mark? The answer to this question is not explicitly provided for under the Korean Trademark Act, and so it is left to the courts to interpret the law. There are a number of existing precedents which address this issue, and until now the understanding has been that this factual situation does not constitute infringement. However, a recent en banc Supreme Court ruling (2018Da253444 | March 18, 2021) has overturned this convention. Trademark registrations and case history In this case, the filing date of the defendant’s junior mark was later than the registration date of the plaintiff’s senior mark. The details of the marks are as below:   Senior mark Junior mark Mark: (Korean text translation: Data Recovery Specialists / DATA FACTORY) Application date: Sep 5, 2014 Aug 10, 2016 Registration date: Dec 18, 2014 Aug 8, 2017 Goods/services: Class 09: Computer software, etc. Class 42: Development of computer programs, etc. Class 09: Computer software for scanning images and documents Class 42: Design and development of computer programs, etc. Before the junior mark was filed, the rights holder of the senior mark had already filed a suit against the defendant on June 13, 2016, claiming damages and seeking an order that they cease use of the “DATA FACTORY” mark, which was also being used by the defendant in other forms such as “”. While this suit was pending, on August 10, 2016 the defendant applied for and eventually obtained registration of the junior mark. The defendant argued that at the very least their usage of the mark after the August 8, 2017 registration date of the junior mark should be considered genuine use of a registered trademark, and so cannot be infringement. (The court viewed the opposing marks as being substantially similar, and the respective goods/services as identical/similar, but as this does not directly relate to the point of this article we will not discuss this aspect of the case.) Earlier precedents The key issue in this case is whether the defendant’s use of the mark after a trademark registration had been secured is considered use of their registered mark, and whether this constitutes infringement of the plaintiff’s senior mark. There have been a number of Supreme Court rulings stating that the rights holder of a later-filed registered trademark does not infringe the rights in another party’s similar earlier-filed registered trademark when using their mark with respect to goods/services similar to the designated goods/services of their registration, at least until their later registration is formally invalidated (98Da54434 | February 23, 1999 etc.). The logic here is that even if there are applicable grounds to invalidate a registered mark, until the registration is formally invalidated via a trial procedure, the rights in the registered mark persist. This was, however, limited to cases where the later registered mark and the mark actually used by the rights holder were substantially identical, and did not include use of a modified mark. The subject en banc decision As previous rulings relied upon different theories and reasoning, this case was heard en banc by the Supreme Court, and is in complete contrast with the earlier precedents. In reaching a decision, the court carefully considered the following factors: Per Article 35(1) of the Korean Trademark Act, when two or more applications for trademark registration of identical/similar marks for identical/similar goods/services are filed on different days, only the applicant with the earlier filing date may obtain registration. Thus, the law clarifies that priority is given to earlier-filed marks, and any trademark which achieves registration in violation of this principle may be subject to invalidation according to Article 117(1)-1 of the Trademark Act. Per Article 92 of the Trademark Act, where the use of a registered trademark by the rights holder conflicts with another party’s earlier-filed patent right, utility model right or design right, or another party’s earlier-created copyright, the trademark rights holder may not use the registered trademark on any designated goods/services which conflict with the other party’s earlier rights unless consent is granted. Just as in trademark law, when there are conflicting patent rights, utility model rights or design rights, the basic principle is that earlier-filed or earlier-created right is given priority. Based on the above, assuming a junior mark is filed and achieves registration after a similar senior mark has already been filed and registered earlier, if the junior mark is then used with respect to goods/services identical/similar to those protected by the senior mark without consent of the senior mark rights holder, the effect of the junior mark is limited. Thus, the court ruled that in this factual situation, infringement of the senior mark is established regardless of whether the junior mark is invalidated via a trial procedure. Following this decision, earlier Supreme Court precedents which allowed the rights holder of a later-filed registered trademark to use their mark with respect to goods/services identical/similar to the designated goods/services of their registration without infringing the rights in another party’s similar earlier-filed registered trademark, at least until their later registration is formally invalidated, no longer apply. Final thoughts After selecting a trademark, we encourage applicants to file a trademark application as soon as possible. In the case discussed in this article, even though the junior mark was applied-for and registered after an infringement suit had commenced, infringement of the senior mark was ultimately still acknowledged. As a first-to-file jurisdiction, simply using a mark first without registration provides little meaningful protection in Korea, and if the filing of an application is delayed and another party’s similar mark is filed and achieves registration in the meantime, it could end up being a major problem. This decision underscores the importance of early filing in Korea and reflects the court’s closer adherence to the basic principle of first-to-file, which the earlier precedents arguably deviated from somewhat.     Written by Ben YUU, Sung-wook KIM